Essentially, there are two large index providers MSCI and FTSE on whose indices people build their portfolios to outperform or passive funds track those indices to make the investments.

Most of you might not be aware of these indices and its significance so, let me brief you about this and how it would be benefiting us.

The change in foreign limits would create room for the inclusion of stocks in the index. MSCI India’s weight in EM is expected to rise by 55 basis points and India’s foreign inclusion factor to rise from 0.39 to 0.42 as a result of rebalancing and change in foreign investment limits. According to Morgan Stanley’s report, Indian stocks are expected to see an inflow of more than $7 billion (Passive inflows of $1.3 billion and active inflows of $5.7 billion) in the Indian market and India’s free-float market cap would increase from $356 billion to $385 billion.

Who May Benefit The Most: According to Morgan Stanley, the top five beneficiaries of these regime changes are Larsen & Toubro Ltd, Asian Paints Ltd, Bajaj Finance Ltd, Nestle India Ltd, Divi’s Laboratories Ltd. That’s because these stocks could see the highest increase in their weights in the index.

Stocks like Kotak Mahindra Bank, Biocon Ltd., Indraprastha Gas Ltd., Torrent Pharmaceuticals Ltd., Abbott India Ltd. and Procter & Gamble Hygiene will also be in focus as the change in foreign limits creates an opportunity for more stocks to be included in the index.

The billionaire Uday Kotak-led lender could see the highest inflows of $450–910 million depending on the headroom for FIIs. To be sure, the current foreign investment limit in Kotak Mahindra Bank is up to 55%. The inflow is subject to the lender opening up the limit to 74%.

Large-cap stocks such as Reliance Industries Ltd., HDFC Ltd., Infosys Ltd, ITC and Bajaj Auto Ltd. are likely to see the biggest reduction in weights, given the upward rebalancing of beneficiaries.

Important Note: MSCI had said it would wait for the practical implementation of these changes and the systematic publication of the new sectoral limits applicable to Indian securities before making any changes to the MSCI indices.

After MSCI, FTSE Russell has also proposed to increase India’s weight on its global indices, which are tracked by funds with billions of dollars in the corpus. They issued a new methodology to compute the weight of the country and individual stocks in its indices. (See the full report here)

The move could increase India’s weight on the widely-tracked emerging market (EM) indices by as much as 156 basis points (bps). This could result in $2 billion of passive inflows into the Indian markets.

FTSE has said the decision to increase India’s weight will be taken during its quarterly review in June. The index provider has sought public feedback on the new methodology to compute India’s weight, by May 1.

Apollo Hospitals: India’s largest private healthcare services provider Apollo Hospitals is likely to be the biggest beneficiary of the FTSE revamp where its FII holding could go up by 0.45%, which is likely to translate into an inflow of $63 million, or about `425 crores. Currently, FIIs hold a 45.1% stake in the company.

Petronet LNG: The company is also expected to benefit significantly from the revamp and likely to receive nearly Rs 370 crore worth of funds.

Havells India: The company is expected to be benefitted from $45 million, or Rs 300 crore.

Bottom line: India’s weightage in benchmark indices will go up, which means all those guys who are tracking emerging market indices passive side will have to come and buy in India immediately.

The two of the oldest civilizations China and India are in the eyes of the world; one has sent the virus, the other is sending hydroxychloroquine tablets. This change in the perception about the image of India probably is also going to put more people to increase their active allocation to India and we could see higher FPI flows in the days to come courtesy MSCI and FDI index rebalancing.

As per data, In the month of March, FPIs withdrew money from India but they took the money into those countries where interest rates are lower than India, where coronavirus patients are more than India and where GDP growth rate is negative even though in India, it is likely to be moderately positive.

Today, the market is not discounting benefits of lower oil prices, lower trade deficit with the world, better potential capital flows and supply chain diversification but tomorrow, when there is a medical solution and there is no uncertainty, markets will start discounting those positives and this is the hope at which foreigners will be looking to invest in India. Between this hope and fear, the certainty and uncertainty, the market is trying to find a balance and which is why we have seen extreme volatility. Since this is a medical crisis, it will be difficult to say markets and economies have bottomed out till such time we find a medical solution, which allows economic activity to resume on normalcy.

If we go by IMF projections, they have cut down the calendar year 2020 target GDP growth to 1.9% but in the same way, they have increased India’s GDP growth target to 7% plus in CY2021.

Hope for the best!

Join Free Marketnotes telegram channel to get more useful articles like this, straight into your inbox: Join here 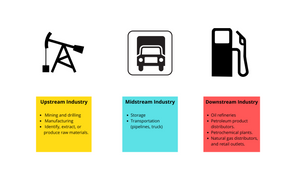 Drilling Investment Opportunities in the Oil and Gas Sector 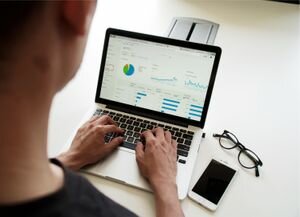 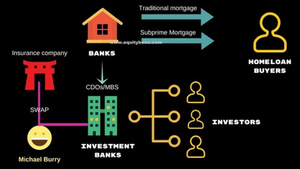